**Tell Governor Brown to Sign SB 68 (Lara) Today!**
As you may know, we have less than 12 hours left to go in the 2017 Legislative Session.  The Legislature has been on the Senate and Assembly Floor for the last two weeks working through hundreds of bills in preparation for adjournment this evening. By the time they adjourn, they will be sending hundreds of bills to the Governor for his signature by October 15th.
One of the key bills CAEAA and CCAE have actively supported is SB 68 (Lara) related to postsecondary education and nonresident tuition exemptions. More specifically, the bill would modernize AB 540 (2001), thus enabling more students to pursue their higher education dreams, regardless of their immigration status.  It expands the AB 540 eligibility criteria for the exemption from paying nonresident tuition at California's public postsecondary institutions, in part, to include students who have two years of full-time enrollment at a CCC, up to three years of full-time enrollment at an adult school, and would allow the completion of an associate's degree or satisfaction of the minimum requirements to transfer to the UC or CSU, in lieu of a high school diploma.
The bill has passed both the Senate and Assembly and is now headed to the Governor's desk for his consideration.  CCAE and CAEAA have submitted a strong letter of support to the Governor, requesting his signature on the measure.  That said, his Department of Finance has an "oppose" position on the bill because it could expand exemptions from paying nonresident tuition to a significant number of students.  DOF argues that such an expansion would create budget pressures, including new General Fund obligations, when the Administration is seeking to pay down liabilities and grow the rainy day fund.  As you can imagine, such an oppose position could negatively impact the Governor's view of the measure when it is before him for consideration.
That said, given his strong support for our immigrant communities, we remain hopeful that compassion and good policy - not fiscal issues - will save the day.  BUT....we can't take that for granted!  We strongly urge you and everyone in your network to utilize the sample support letter HERE to send to the Governor urging him to sign the bill.  It is an easy process, as follows:
-       Update the letter (at least the date and your name) and, if you would like (not necessary) add any further detail, story, etc. that you believe would help make the case for signing the bill.  To the extent that your school board, superintendent and staff would be open to sending a similar letter, I would strongly urge you to seek their support, as well as that of your students.  If a letter is being sent on behalf of a school board, superintendent, etc. please put the letter on official letterhead, although not necessary.
-       Send the letter via fax to the Governor at:
o   (916) 558-3160
-       ALSO, please send the letter via email to BOTH of the following email addresses:
o    Megan.Baier@sen.ca.gov (Senator Lara's Legislative Director)
o    execdir@ccaestate.org
Of note, CCAE and CAEAA are highly sensitive to the concerns of our students regarding immigration status.  If a student has concerns regarding their status and potential implications with sending this letter but they would like to submit a letter in support of the bill nonetheless, please feel free to have them sign with just their first name and please offer to help with submission.
Again, we would like to generate as many letters as possible.  The Governor has until October 15th to act on the measure, but may do so as early as next week.  As such, please be sure to get your letters in ASAP. Strength in numbers! 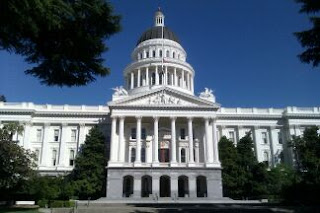 
– If you qualify for DACA, but have not submitted your application: DACA initial request applications will no longer be reviewed.

– If you currently have DACA: ...You can keep using your employment authorization/social security number.

– If your DACA is going to expire before/on March 5, 2018: You can apply to renew it. Note: You should try to submit your renewal application by October 2017 (this will be within the six-month period needed to receive a decision).

What does this mean for undocumented young adults?

– If you qualify for DACA, but have not submitted your application: DACA initial request applications will no longer be reviewed.

– If you currently have DACA: You can keep using your employment authorization/social security number.

– If your DACA is going to expire before/on March 5, 2018: You can apply to renew it. Note: You should submit your renewal application by October 5, 2017 (this will be within the six-month period needed to receive a decision).
– Regarding advance parole: If you have DACA and had plans to travel abroad using advance parole (AP), new Form I-131 applications for advance parole will not be reviewed. If you received your AP approval before 9/5/17, it will still be honored. Pending applications will be denied and the money will be refunded.

Here’s the official text from the Department of Homeland Security (DHS):

Here is DHS’s Frequently Asked Questions page regarding DACA that may also be helpful.

What can we do during this time?

1) Take care of yourself and loved ones, and reach out for support. Undoubtedly, the administration’s decision to rescind DACA will have devastating consequences in our community. We must support each other and take care of our health.

2) Stay up to date. At My Undocumented Life blog, we will continue to provide the latest information on DACA, advance parole, ways to take action/support undocumented immigrants, and more.

3) Join an immigrant rights organization in your community. You are not alone. The decision to rescind DACA (and the ongoing attacks on the undocumented community more broadly) are inhumane and unjust. We must organize, fight back, and escalate. As one of my dear friends shared, “nos quitaron tanto, que nos quitaron el miedo”.

Make sure to bookmark and share our more general Post-Election Information page which contains other relevant information and resources.

Be sure to “like” this blog on Facebook and subscribe to get daily updates on new scholarship opportunities, DACA, DAPA, & much more – see top right corner of page (or scroll down if you are visiting from your phone).