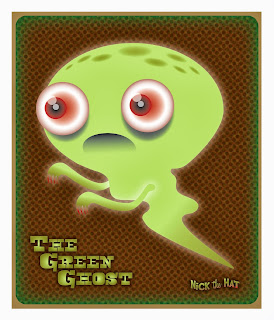 As in Ghostly Boo Halloween Gone!

The AB86 folks decided they wanted just ONE WAY to get our feedback and it's through the comment button.

That means you send them an email by clicking here.

And then maybe the answer shows up here.

Got ideas for the new Regional Consortia?

Want to see some?

Check out the cool crowdsourcing feature on the new AB86 website.

Look for the little orange button on the faaaaaaaaaaaaar left of the website.

The one that says "feedback."

The Regional Consortia: Got Questions?

We can - and should - look for answers.

We can - and should - be part of the process of creating the future of Adult Education.

Here are some resources to help us:

We succeeded in stopping Gov. Brown's plan to move Adult Education out of the K12 Adult Schools, the provider of most Adult Education in California, and solely into the Community College system.

We've got a new system - the Regional Consortia system - in which K12 Adult Schools, Community Colleges - and the community - can work together to plan what kind of Adult Education will be taught to whom, by whom, region by region.

Hit the "read more" link to know why.

The Regional Consortia Game in Translation

Finally!  What we've all been waiting for!

Information about how the Regional Consortia will work
Reminder:  In the new system, K12 Adult Schools and Community colleges and any other providers of Adult Ed, such as Jails and Prisons, will work together to decide who teaches what to whom - region by region.  Each consortium will have one fiscal agent - the "banker."  The fiscal agent can be a K12 Adult School or a Community College.
in the form of a letter from Tom Torlakson and Brice Harris

CCAE: Membership and Maintenance of Effort

That means if you join CCAE in September, you'll be entered in a drawing for iPad.

It also means you'll be part of a team working hard to safeguard and rebuild Adult Education.

Here is a previous AEM post about the benefits of CCAE membership.

Here is a link to the CCAE Membership page.

And here (below) is a quote from Dawn Koepke, Legislative Analyst for CCAE, about SB 91 and the Maintenance of Effort (MOE) Clause.  The recent cuts to Riverside Adult School demonstrate the need for the MOE and continued work to restore and safeguard Designated Funding for K12 Adult Education.

Your membership and participation in CCAE is part of the maintenance of effort we must exert in order to renew and rebuild Adult Education.

Hit the "read more" link to read the terrific quote.

In spite of the Maintenance of Effort of Clause put in place by the State Legislature, "The adult school’s $3.6 million budget last year has been slashed to $1.8 million this year. Its staff of 52 full- and part-time employees has been cut to 19 positions." - Press Enterprise 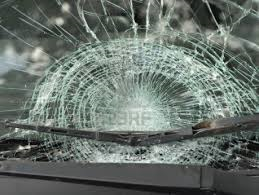 From the CCAE (California Council for Adult Education) Website:


SB 91 contains the provision requiring districts to spend the same amount of funding for Adult Education in 2013/14 and 2014/15 as was spent in 2012/13, pursuant to AB 86 to establish Adult Education consortia.


Top 10 Reasons Why A School District Should Offer Adult Education Within the New Consortium System
Hit the "Read more" link to see them.

The Press-Enterprise article, "Riverside: Adult School Programs Slashed" is cause for great concern.

Even though the MOE (Maintenance of Effort) clause stipulates that if an Adult School was open in 2012, it must be open now and at the same funding level, the District has cut Adult Ed programs.

Paul Steenhausen of the Legislative Analyst’s Office in Sacramento, said...    “They’re not allowed to spend less,” said Steenhausen, whose office provides nonpartisan fiscal and policy analysis for the Legislature. If they do, he said, they could be in violation.             (From the PE Article)

Even though we the people of California, including many Adult Education students, staff, and supporters passed Prop 30...

Even though the Legislature created the Maintenance of Effort clause to ensure the survival of Adult Schools...

Even though Adult Education is wanted and needed in Riverside, where 24% of the population is foreign-born and 15% lives under the poverty level...

The District has made these cuts.

How Can You & Your Community Get Involved in the Regional Consortia Planning Process?

That's what we all want to know - and what we're finding out together.

Here's some information and ideas that might help us get started:

The Update Series: Working Together to Rebuild Adult Ed

Around the state, thanks to Prop 30, the support and backing of the Legislature, the Governor's May Revise, and the MOE clause (Maintenance of Effort means if an Adult School was open in 2012, it has to remain open and at the same funding level until 2015 when the new Regional Consortia system kicks in)...

Adult Schools are hanging on, hanging in, and working hard for a brighter future.

What that brighter future looks like depends on current planning and future budgets.

We can be part of both processes by sharing information with each other, the Legislature, and the Governor.

I want to run an Update Series that showcases what's happening in Adult Ed around the state, at K12 Adult Schools, in Community College Non-Credit Adult Ed Programs, in Family Literacy Programs, in Jails & Prisons, anywhere Adult Education is happening.  (An example about Oakland is here.)

CCAE Says: Now is the Time to Plan!

From the September issue of the CCAE Communicator:
Now is the Time to Develop Your Regional Consortium for Adult Education