Anthony Rendon, Speaker of the Assembly


We are writing to urge you to increase adult education funding from $500 million to $750 million in this year’s budget. California adult schools received $754 million in funding in 2007. Our budgets were cut drastically during the recession, and adult schools are the only public education system whose funding has not been restored.


Even before the recession, adult schools were the most efficient public education system in the state. We educated 1.2 million students at a cost of just $754 million, which is less than 1/10th of what community colleges currently receive to educate only twice the number of students. And that was before our budgets were cut. Now we have only $500 million, and we’re sharing that with community college adult education under our new consortia, as well as paying administrative costs for the consortia. Adult schools do a lot with a little.


The extra $250 million is urgently needed to restore programs like Oakland’s that were cut so drastically, to reopen adult schools that were closed, and to provide adult education in areas where residents don’t have access to adult education, such as in some parts of the Central Valley.


There is currently a bill to increase adult education funding sponsored by Asm. Patty Lopez, AB 1846. Whether this bill makes it through committee or not, you can ensure funding by putting the additional $250 million into this year’s budget. We strongly urge you to do so. Thank you for your support. 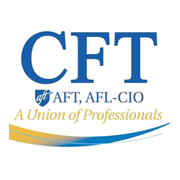