Save Your Adult School: We Need to Serve 5 Million

Kristen Pursely, author of  the blog "Save Your Adult School," shines a light on the current situation and brilliantly explains it all in the SYAS post below: 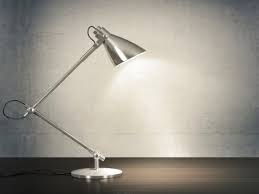 We Need to Serve 5 Million


Posted on May 22, 2016 by kpursley
California is home to 5.2 million adults who have less than a high school education, and community colleges and adult schools combined have only ever been able to serve about one-fifth of them. That figure should be the north star that guides all adult education policy in California,the goal of reaching all 5.2 million the mark we know we all need to strive for. But so far this has not been the case.  Currently the state is in the midst of reforming the adult education system, and is shining the bright light of scrutiny on all adult education activities, demanding data, data, data. But the  3.5 million unserved adults remain in the shadows, rarely mentioned, though the shocking size of their numbers is the most important datum of all.

The  2012 Legislative Analyst’s Report  “Restructuring California’s Adult Education System”, one of the chief documents guiding the current reform measures,  noted that adult schools and community colleges together served about 1.5 million students in 2009-2010.  That was the first year after the fiscal crisis in California had begun to take its toll on community colleges and adult schools, but long before its ravages were complete.  Over the next several years, both systems continued to suffer, and the number of students they were able to serve continued to drop.  Adult schools were particularly hard hit.  The state in essence defunded them, throwing them on the mercy of their school districts.  Some adult schools closed down completely, most suffered severe cuts. When the recession was over and the state began to recover, the state restored and even increased community college funding, but froze adult school funding at the abysmal level it had fallen to by 2013.  There it remains today, so the adult education system of 2016 still has not recovered the capacity it had in 2009-10, a time when educational services were still reaching only about one-fifth of the adults who needed them.

In the midst of the recession and the attendant cuts and budget chaos, the state began making plans to “reform” the adult education system.  But the focus of the “reform” was not the 3.5 million and counting Californians who were going without basic education services. Instead, the state chose to dither  over “duplication of services” between adult schools and community colleges.  In other words, in the midst of this tremendous, and increasing, dearth of services, we somehow had too many services!  And these extra services had to be stamped out!

Never much more than a Republican talking point adopted by Democrats who wanted to look tough (and oh, how tough they could look stomping all over the nearly powerless adult schools and their marginalized and vulnerable students!), “duplication of services” was never very well defined.  After all, to people who just don’t like the idea of public services at all, the mere fact that both adult schools and community colleges   teach adults might be seen as an unacceptable “duplication of services.”  The significant differences in the way the two institutions serve students would not matter, nor would the fact that between the two of them they aren’t doing  nearly enough to serve all the Californians who need basic literacy services.

With little guidance as to what the offending duplication actually was, adult schools and community colleges, now mandated to work together in consortia to ,among other things, eliminate “duplication”, put themselves through contortions to avoid this fearsome and yet ill-defined monster. It is heart-rending to sit through meetings about the consortia, listening  to community college and adult school teachers alike talking in determined and yet uncertain tones about the things they  are doing to avoid “duplication of services”.  They sound rather like children who have been punished for an infraction they don’t understand but want to make sure they don’t commit again.  Because the nature of the duplication was never  clearly explained, everyone has their own definition.  All this agony over a non-problem, while the very real problem of lack of services goes unaddressed!

The total amount of the AEBG is $500 million; which is $250 million less than was spent on adult schools alone before the financial crash of 2008. Out of that $500 million, only  $350 is dedicated to adult schools.  This $350 million represents the rock-bottom amount that was being spent on adult schools in 2014, when the legislation creating the AEBG was drafted.  The rest is available to the consortia to spend however they see fit. It might be spent on an adult school program, a community college program, or a collaboration between the two. But the amount of guaranteed funding for adult schools is no more than the deeply inadequate amount that was being spent on them at the end of  six long years of unlimited cuts to adult school budgets. Adult school funding fell steeply between 2009 and 2013, and then stagnated.  So far,the AEBG locks in the stagnation.  The state has no plans to increase the AEBG next year.

Yet it is up to the badly underfunded adult schools to make the consortia work.  The consortia are supposed to be a collaboration between adult schools and community colleges, but structurally the relationship is wildly unequal.  One partner, the community colleges, participates in the consortia only by choice and has adequate funding independent of what it receives through the consortium.  The other partner, the adult schools, is completely dependent on the consortia for survival.  Since the consortia are a collaboration, they can only succeed if the two parties work together.  But one party has practically nothing at stake, while the other will perish if the collaboration fails to meet state expectations.  Somehow the state has decided that holding the adult schools hostage to the consortia is the best way to make these “partnerships” work.  The engine of reform, apparently, is to be the desperation of the weaker party to the enterprise, whose wild scrambling for survival will somehow move adult education in California forward.

This is like putting a man on a diet of one slice of bread a week and saying, “Let’s see how he does on that.  If he does well on that slice for a month, maybe  we’ll give him two slices a week.” Everyone knows how that experiment would work out; the man would not show improvement; he would decline.  He would never earn that extra slice of bread, and would eventually die of hunger. His fault for not using that one slice of bread well.

Institutions are not so different.  If the state wants to see how well adult schools do on inadequate funding, it has had eight long years to observe the phenomenon.  What more do they need to see?  Wouldn’t the state like to see what we could do with a little more funding for a change?
Data, data, data.  The state wants to measure the hunger.  Could you give us measurements as to how far your bones are protruding through your flesh?  The state would like to see waiting lists for our classes to prove that there is a need.

We can give you waiting lists, but you know your waiting list, California.  The waiting list is 3.5 million.  Why does that generate no sense of urgency?  They may not be on waiting lists for adult education classes because the only adult school in their area closed, but they are waiting.
Ironically, there is one increase to adult education in the Governor’s May Revise of the 2016 budget: a one time, $5 million, allocation for technical support to the consortia.  No additional money for services, for classes and teachers, just some money to help the consortia tweak their bureaucracies a little more.  $5 million dollars–that’s one dollar for every person in the state who needs adult education services, the 1.5 million or so who are receiving services and the 3.5 million who wait.
A few steps have been taken towards the ones who are waiting.  A few adult schools have been reopened, mostly because the community colleges in their consortia have generously given up their portion of the consortium money to fund the reopening.  But not every community college will be able to afford to do this; the consortia do impose some costs on the community colleges, after all.  While some community colleges have behaved very handsomely and deserve to be commended for their foresight, the power of the community colleges alone to revive adult schools in California is limited.

Another important step is AB 1846 (Lopez), which would increase the Adult Education Block Grant by $250 million.  The aim of the bill is to restore the funding available to adult schools to something like what it was before the financial crisis of 2008, when the state spent about $750 million on adult schools.  This bill, if it passes, will be an excellent beginning to  reviving adult education services in California and eventually providing basic literacy services to all the adults in California who need them.

Five million Californians need adult education services. Providing services for them must be our goal.  Let’s set a course and go.