More Than A Game

What do those propositions have in common?

Besides the fact that they are all somehow related to education - Props 30 and 38 being different ways to fund it and Prop 32 affecting Teachers' and all other Unions - they have something else in common.

A sister and a brother with a lot of money from their father.

Charles Munger, Jr - who is spending a lot of money to defeat Prop 30 and promote Prop 32.

And Molly Munger - who is spending a lot of money to promote Prop 38.

They are the children of Charles Munger, the billionaire vice-chairman of Berkshire Hathaway.

And for the record, Molly is the daughter of Charles' first marriage and Charles Jr. is the oldest son of his second marriage.

Here are a few articles about what is coming to be known as "The Munger Games."

"Prop 30 Backers Worry That Munger Is Preparing To Attack."

Matier and Ross's Bit Entitled "Torpedo To The Bow."

It's confusing, isn't it?

One thing we can take away from all this is this fact:

It takes a LOT of money to raise money for schools.

Why does it take SO MUCH MONEY to convince people that it costs money to have an educated, functioning, skilled, employed, healthy population,  and we should pony up and pay for it.

And that's a question not for Molly or Charles, Jr. or or their dad or Warren Buffet, who is CEO of Berkshire Hathaway.

That's a question for us.

Because the term "The Munger Games" is bouncing off the now famous book and movie, "The Hunger Games" which was all about a population living in poverty, fighting for scraps to survive.  Fighting to the death, in fact.   Clear winners.  Clear losers.  Although in such a situation, can anyone be said to really win?

Yes, there are a lot of questions that we, the people need to ask ourselves.

Who and what do we want to be determining what is important for us as a people?

Who and what do we want to be determining where our resources go?

We have resources - financial, natural, human.

How do we choose to spend them?

Ultimately, we are responsible for what happens to California.

In a thousand ways, through thousands of small choices, we decide every day.

How and where we spend our mental, emotional and physical time and energy - our money, our attention, our sweat.  Where's it going?  What do we want?

We know what Molly and Charles, Jr.want.

They've made that loud and clear.

But what do we want?

What do you want?

That's not a game.

And you will live the result. 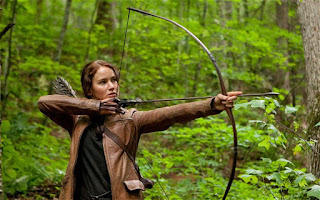 So let us think about our choices.

Email ThisBlogThis!Share to TwitterShare to FacebookShare to Pinterest
Labels: Election, General, How Things Work, Public Education, Public vs. Private, Think About It