Next on the horizon:


WSF and negotiating how that plays out for Adult Ed.

Brown is pushing for WSF (Weighted Student Formula).
Remember WSF?  It was not going to be good for us because we are a “categorical.”
We wrote a lot of letters saying “No on WSF!”
And this  time - finally! - we have a voice in the process.

He’s holding 3 big meetings about it – invitation only.
Adult Ed is represented by Dawn Koepke - Lobbyist for CCAE and CAAEA
and Chris Nelson – President of CCAE - (He spoke at our press conference.)
Note:  CCAE - California Council of Adult Ed - is the ONLY group which includes EVERYONE -

Students, Staff, Teachers, Administrators, Friends and is THE best advocate we have.  JOIN!

Be sure you understand:  Gov. Brown really wants WSF.

And:
Some kind of changes are coming where ed funding is concerned.
The scary news:  Those changes could be bad for us.

The good news:  We can be part of deciding what those changes are and we can make them good changes for us.

The hidden gem:  We need change anyway so this is an opportunity to make it change that is good for us.

At this point in the game, Adult Ed is vulnerable because we are a categorical and for four years now, categoricals have had to play by the new rules of "flexibility."

Categoricals are special "categories" - like lunch programs, buses, and Adult Ed - which the State gives school districts special money for.  Until four years ago, those special categories were the state's way of making sure the district didn't use that money for anything but the designated purpose of the category.  But four years ago, everything turned upside down.
The State said, "Okay, we know things are hard.  We don't have enough money for you.  So use that categorical money any way you need."  This was called "flexibility."  And of course, the districts did just that - because they didn't have enough money.  They had to survive.

So we - Adult Schools - didn't.  Not very well, anyway.  All programs were cut.  Some were closed.  And some were almost closed.

So what do we do about it?
First, know the scoop.

And here it is:
1.  Gov. Brown wants to change how money for schools is distributed.

5.  Gov. Brown is holding 3 meetings - invitation only - for people to share ideas about WSF.

6.  We are represented at the meetings by Dawn Koepke and Chris Nelson.

7.  In general, Adult Ed is vulnerable because it is a "categorical" under the four year old rules of "flexibility."

8.  Adult Ed does not have a budget all its own - a designated funding stream.

10.  At the 3 meetings and through grassroots effort, we can make sure the Governor, the Legislature (especially new legislators), and the people of California know that Adult Education matters and Adult Education needs a dedicated funding stream.

In other words, we have one more mountain to climb.

But that's okay, because this is the moutain we've needed to climb for a long time now.

And we can do it.  But first, let's get educated.

(Do your homework before the test!)


Please check out these articles and newsletters for more information and deeper understanding:

Adult education continues to have an uphill battle as it relates to the continuation of the WSF proposal.  As expected, the Governor plans to reintroduce it as part of his FY 13-14 budget proposal—by January 10th.  While a number of school districts attending the meeting spoke favorably about the direction of the proposal, adult education was not alone in our continued concern about the proposal.  Now more than ever it will be important to reach out to some of our other organization friends—ACSA, CTA, CFT, GetREAL, CSEA, etc - to help support our fight to maintain adult education going forward.  Further, we must continue to press upon legislators and legislative staff regarding the importance of adult education.  In the New Year, CCAE and CAEAA will look to the field to further engage in a highly vocal and visible grassroots campaign.


At the state level, we will be making the rounds and meeting with newly elected legislators to ensure they are aware of and understand the importance of adult education in their communities.  We are also continuing to engage legislative leadership and key policy and budget staff to garner support for paving a different path for adult education that will both protect and support it going forward.

At the local level, we will be urging the field to set up and participate in meet-and-greets to tie these conversations to the members' districts.  All of the materials and talking points will be provided to ensure everyone has the information and proposals at their fingertips for such meetings.

The California Adult Education Newsletter, Nov 2012.
Edsource article, "This Time, Groups Get To Say Their Piece On Weighted Student Funding."   Here's a quote from the article:

Friday’s invitation-only session in Sacramento, off limits to the press, included representatives of advocacy organizations that have followed the issue (EdVoice, Public Advocates, the ACLU, Children Now among them); traditional groups representing education unions, school boards and school administrators that comprise the Education Coalition; key legislative staff; administrators from large and small, urban and suburban school districts; and a smattering of others with a stake in finance reform (ill-fated Prop. 38 backer Molly Munger among them). There were nearly four dozen active participants in the discussion, according to those attending. 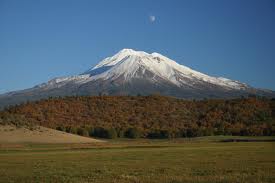