City College of San Francisco administration is proposing splitting up the ESL department.

It is important to know what is happening at CCSF because CCSF is essentially the sole provider of Adult Education in San Francisco. You can see the plan for the San Francisco Regional Consortium here.

San Francisco and San Diego are often presented as models for how a Community College can (or should) deliver Adult Education.

What people often forget is that the Community College system, just like the K12 Adult School system and every other branch of public education, is undergoing reform.  Models being held up as examples may in fact no longer exist - or won't exist for much longer.  It is good to remember our role in this re-forming process.  We have both the right and the responsibility to assess the changes as they are proposed and to speak up about what we think will best serve us as a people.

CCSF has credit ESL and non-credit ESL.  The non-credit is what we generally call "Adult Education."

The CCSF Administration is for splitting it.

The CCSF Department Chairs are against splitting the ESL department.


I will provide more information as I get it.  For now, here is a leaflet against splitting the department.
Save Community ESL!
CCSF management is proposing to split the ESL Department into two: ESL Community and ESL Vocational and Credit. This would effectively split ESL Noncredit into two pieces; part of noncredit would be under Community, and the other part of noncredit would be under Vocational and Academic. The reason being given is that two departments will be "more manageable" - rather than academically sound reasons such as excellent instruction, a viable program, and meeting real student needs.
Splitting the ESL Department in two is
DISRUPTIVE - The ESL Department once was divided into a noncredit "Centers" program and a credit program under the English Department. We have spent over a decade merging the two, and have achieved a seamless program that goes from Literacy to College Composition. Students move along this pathway at their own speed and have teachers who know the entire breadth of the program. Why would anyone want to disrupt this flow? Why would the college want to weaken the ESL program in this manner?
CONFUSING - How will students read the schedule? How will they enroll in courses in two different ESLs? How will they know the difference between the two? How would they enroll in a "Community" class at 8:00 a.m. and then a "Vocational" class at 10:00? Many do this effortlessly now. Moving from noncredit to credit is already daunting for students. This proposal would add yet another obstacle.
DAMAGING TO STUDENT PROGRESS - Students are now eligible for numerous certificates that include courses that, under this proposal, would be in two separate departments. Noncredit students are already not sufficiently aware of these certificates due to administration's failure to institute them since their inception in 2007. How would they earn certificates if they are split between two separate departments?
DISCRIMINATORY - The proposal to split ESL into "Community" and "Vocational and Academic" smacks of limiting the mission of City College to a degree and transfer mill. Relegating the largest part of noncredit to "Community" is a good way to make it easier to abandon these students in the near future. But the people who would be abandoned are the seniors, the recent immigrants, and those who have the least prior education - in other words, those who don't fit the current definition of "Student Success."
A whole and integrated ESL Department is
HIGH QUALITY - CCSF ESL is a central resource for San Francisco and its language minority inhabitants. If CCSF educates the workforce, ESL provides the support for non-native speakers to benefit from that training. Our minimum qualification for instructors, both credit and noncredit, is a Masters in Teaching English as a Second Language.
ACCESSIBLE - Students come first, and our mission is to serve them in ways that will serve them best, at convenient locations and times. We see students as whole human beings and provide them with the instruction they need no matter what the label. We do not differentiate from an administrative point of view: credit or noncredit; vocational or academic.
FOCUSED ON STUDENT PATHWAYS - Versatile instructors who move easily between credit and noncredit are the best student advocates for transition from noncredit to credit and noncredit to vocational certificate programs. One department ensures that students move from entry to goal in one straight line.
INCLUSIVE - CCSF ESL is open to all. Our mission includes all of the above: community, vocational, academic and several important goals that have not even been mentioned: skills focus, citizenship, bridge-to-vocational courses, and bridge-to-academic courses.
THIS IS AN IMMEDIATE THREAT - NEGOTIATIONS ARE PROCEEDING QUICKLY RIGHT NOW.
PLEASE CALL OR E-MAIL THE FOLLOWING RESPONSIBLE PARTIES AND TELL THEM TO STOP THE ATTACK ON COMMUNITY E.S.L.
Special Trustee with Extraordinary Powers Robert Agrella
bagrella@ccsf.edu          (no phone listed at www.ccsf.edu)
Chancellor Arthur Tyler
atyler@ccsf.edu                415 239 3303 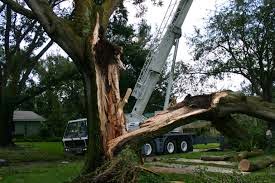