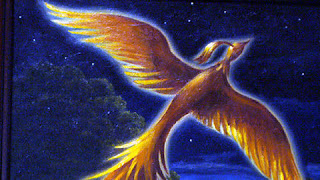 Here are some resources to help you when thinking about the impact of the Trump presidency and recent election results in Congress on Adult Ed and specifically on our immigrant students, both documented and undocumented.

Advice from Cynthia is at the bottom.

Statement by California Legislative Leaders De Leon and Rendon.  Very good, articulate statement -- available in both English and Spanish.  Note:  both de Leon and Rendon were educators, de Leon taught ESL, was first in family to graduate high school.  De Leon authored driver’s license bill.
“The largest state of the union and the strongest driver of our nation’s economy has shown it has its surest conscience as well.  California is – and must always be – a refuge of justice and opportunity for people of all walks, talks, ages and aspirations – regardless of how you look, where you live, what language you speak, or who you love.”

Statement by Governor Jerry Brown. “We’ll need to build a wall around California.”

Statement by Head of CDE for California Tom Torlakson -
“In California, diversity is strength. Our students come from all kinds of backgrounds, cultures, languages, and religions, and they all come together to learn on their way to success in 21st century careers and college. California already has, and will always maintain, strong legal and state constitutional protections against any and all kinds of discrimination, regardless of a student’s race, ethnicity, faith, sexual orientation, or gender identity.

Edublogger Mercedes Schneider’s info about impact of Trump policy on education.   Schneider is amazing fact finder.  K12 probs always bleed over into Adult Ed probs.  It’s important to know how K12 will be affected by this. Basically, Trump will probably try to push the voucher route. He has appointed Ben Carson as his education advisor.

Post-Election: Recommendations for Teachers, Counselors, Administrators, and Undocumented Students.
On November 9, 2016, Donald Trump was elected as the forthcoming president of the United States. During his campaign, Trump has made a series of anti-immigrant remarks. He has stated that he would heighten immigration enforcement, end the Deferred Action for Childhood Arrivals (DACA) program, and increase the number of deportations. Undocumented students and their families all across the country are increasingly becoming anxious and fearful over what the Trump presidency will do in terms of immigration policies and amplifying the anti-immigrant sentiment that Trump’s campaign has fostered. Now, more than ever, undocumented students and their families need support from educators, counselors, and administrators.
At My Undocumented Life blog, we have identified steps that schools and universities can take to support undocumented students.

Advice from Teaching Tolerance about talking to kids after the election - can be adapted to talking to adults - some of whom are just 18.

Half-sheet about how to report a hate crime.  Adapt for your school or program.

Possible changes to DACA under a Trump Administration - from Educators for Fair Consideration.  "President-elect Donald Trump has pledged to end Deferred Action for Childhood Arrivals (DACA) when he becomes President. However, he will not become President until he is inaugurated on January 20, 2017, so meanwhile DACA will remain in place and USCIS will continue processing both initial and renewal DACA requests.

We do not know when or how the Trump administration will end the DACA program. It could end the program effective immediately and instantly revoke work permits, or it could allow current DACA recipients to keep their work permits until they expire but not renew them."

Know your rights cards - in English and in Spanish - you can order them for free.

Many clients and service providers may have questions or concerns regarding the status of a clients’ health insurance coverage under the Affordable Care Act or possible impacts to other services given the presidential election results.  While we can’t predict the future, HSA would like to share some information that they have at this time.

Covered California's enrollment for 2017 coverage should still be encouraged.  Coverage will remain intact for 2017.  For Medi-Cal, HSA is continuing to promote and process new enrollments and renewals as always.

While there’s some uncertainty, and concern, about potential changes to these important public programs, HSA will focus on the present and ensure their clients have the health insurance coverage that they are eligible for today and through next year. If these programs change in the future, they will respond to those changes at that time.

For further information regarding eligibility and programs HSA offers, refer clients to the benefits line at 1-800-223-8383

San Mateo County (and beyond) Resources for Immigrants - please read through to see what might be relevant for your community.

Resources for Teachers and Educators:
Teaching Tolerance- A project of the Southern Poverty Law Center

Info from COABE about impact of elections - Congress AND Trump - on Adult Ed:

We Need YOUR Help to Ensure Adult Education is Funded

Congress will shortly reconvene in a "lame duck session" to determine spending levels for FY 2017. We need to do whatever we can to ensure that, at a minimum, Adult Education funding is not cut, in the best of possible worlds, gets the increase Congress assumed when it passed the Workforce Innovation and Opportunity Act.

The next years are going to be challenging - pressure to cut federal funding will grow, while demand for Adult Education services is likely to increase. We need to work together to protect and grow funding for Adult Education so that more under educated and/or disadvantaged adults are able function effectively and get family supporting jobs or access post-secondary education.

In March, the new Administration will unveil its first budget. We need to make sure that it adequately funds Adult Education. Then, in April the Congress will begin the annual Appropriations process. Congress also needs to gets the message that Adult Education is a key component to any growth agenda.

We are asking you to weigh in now with Members of the House and Senate Appropriations Committees who will be making these decisions in the weeks and months to come. Please click HERE for a letter that you can use to send to your Senators and Representatives.

We are convinced that if we continue to work together, we can make good on COABE's mission of advocating for more services, more funding, and less waiting.
If you are interested in helping out with this, please notify us by clicking HERE.

Election Aftermath:
Official Washington is reeling after the election of Donald Trump as the next President of the United States. This was an election that most of the pundits, media, and political class got wrong. Not only is Washington coming to grips with a Trump victory, it is also pondering the effects of Republican victories in Senate races that supposedly favored Democrats, and a still substantial( majority in the House for Republicans.

Today, and for the next several months, Washington will be trying to figure out what it all means. In the short term, we can get some insight into what might happen by looking at changes in Congressional committee leadership and what happens during the lame duck session.

Election Day brings with it the obvious change in Administration, but it also means changes in Congress. Every Congress lasts for two years, and bills introduced but not passed when Congress adjourns at the end of two years must be reintroduced and go through the process again. House and Senate leadership positions, Committee chairpersonships, and even Committee memberships change.

Here are some of the major changes affecting Adult Education. The Republicans are expected to keep control of the House. There are two important positions on Committees: The Chair and the Ranking Member. The Chair is from the party in control (in this case the Republicans) and the Ranking member is the member with the most seniority from the party not in control (i.e., Democrats today).

The Lame Duck Session:
The lame duck session was supposed to be short, if not sweet. The Trump victory probably shuts the door on any chance that spending caps will be raised. It also adds a degree of uncertainty. Before the election, both sides seemed interested in completing work on a CR (Continuing Resolution to maintain funding levels) or Omnibus (lumping all the appropriation bills together) to clear the decks for the new Administration. Now, some Republicans are arguing for a short-term CR to give the new Republican Administration an opportunity to put its stamp on the final product.

The Trump campaign offered very little insight into its approach to non-defense discretionary spending beyond a proposal dubbed the "penny plan" which called for cutting one cent from every dollar appropriated. This one percent cut sounds relatively innocuous but, when combined with the impact of inflation, would have serious consequences.

We can expect that opposition to domestic discretionary spending will continue unabated.

Education Policy in the New Administration:
We have no indication of how the Administration views Adult Education. There has been some speculation that Vice President-elect Pence will be handed the Education portfolio. Pence supported Adult Ed as governor. It is worth noting that federal support for Adult Education in Indiana amounted to $9.5 million, while the state contributed $25.4 million.

There is very little to guide us in this area. The President-elect didn't talk much about education except to attack the Common Core and advocate for school choice.

Given his position on regulation, we can hypothesize that the Administration will roll back regulations intended to implement ESSA as advocated by Sen. Lamar Alexander, Chair of the Senate HELP Committee. Presumably, it will also look at other regulations affecting school discipline.

It is likely that Congress will restore, and possibly expand, the voucher program for students in Washington, DC, to use to attend private schools. I would expect it to continue to promote charter schools as part of its strategy to improve urban schools, which Trump attacked for being of poor quality.

In the Higher Ed area, some analysts expect that the Administration will try to reduce the debt burden on students, get the government out of the student loan business, and perhaps try to use the tax code to induce private universities to reduce tuition. Finally, we might expect the new Administration to be more kindly disposed toward for-profit institutions.
Advice from a former staff on effective ways to connect with legislators and convince them to listen to you.

* Create formal class and school policies about bullying and harassment.  Post them publically.

* Ask school administrators to provide facts to students and reassure them about their safety.

* Attend School Board and Regional Consortium meetings and ask them how they plan to respond to any changes in policies in education funding and immigration policy.

* Reach out to other schools and agencies in your Regional Consortium. Share resources and information.

* If your school has a union, make formal statements against bullying and harassment and against deportation of the undocumented.  Talk to advisory councils of the larger bodies of CFT and AFT and ask what they plan to do in response to any changes.  Get involved on local, state, and national levels.

* If cuts and challenge come to K-12, they will come in worse form for Adult Ed.  Adult Ed is still the stepchild of the Public Education system, last in funding and understanding.  Under the circumstances, that won't change.  In fact, if things are really difficult, it will be worse than what happened these past seven years.  So keep on messaging that Adult Education Matters.  And be prepared to use the skills we've gained these last seven years for a much bigger cause.  Education is key in moving forward in a positive direction.