Who Decides? Who Lives The Result?

Who is going to decide if it does or doesn't pass?

And who is going to live the result?

Check out this Voting Hot Report.

The funny thing is, if you turn those graphs around . . .  it looks like the people NOT  voting are the ones most affected.

Not in every case, of course.

But take a look:


Percent Voting in the Election of Nov 2010
Voting and registration rates are historically higher in years with presidential elections than in congressional election years. The text in this report refers to the election of 2010, a congressional election year, but graphics refer to the year you've selected from the menu above. In 2010, the observed percentage of age-eligible citizens who voted in the United States was 46 percent.
Voting and registration rates tend to increase with age. In the United States in 2010, only 21 percent of 18-to 24-year old citizens voted, compared with 61 percent of those 65 and older.
In many elections, women vote at statistically higher rates than men. In 2010 this was the case in the United States, where the voting rate was 46 percent for women, compared to 45 percent for men.
Voting rates also typically increase with education. In 2010 in the United States, the voting rate of citizens with at least a bachelor's degree was 61 percent, compared to 25 percent for those who had not received a high school diploma. 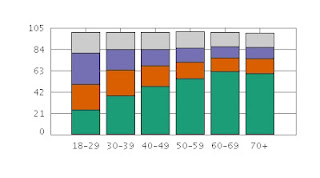 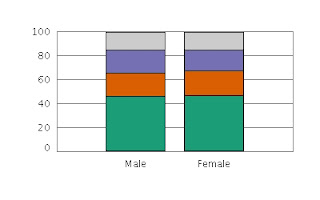 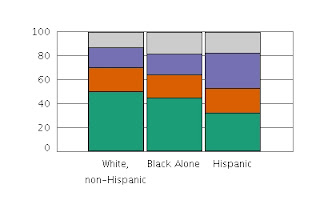 See the Voting Hot Report for the full report.
Posted by Tree C at 11:45 AM