The Good, The Confusing, The Ugly

From the Save Your Adult School blog, a very insightful analysis of the LAO (Legislative Analyst's Office) report on Adult Ed - the good, the confusing, and the ugly.

The Good, the Confusing and the Ugly

The California Legislative Analyst’s Office (LAO) report entitled “Restructuring California’s Adult Education System”, issued on December 5, recommends that the California legislature restore dedicated funding for California’s adult schools. This recommendation is cause for celebration for California’s adult schools, battered as they are by the financial insecurity created by “Tier III Flexibility” in 2009. Unfortunately, the LAO report also makes some recommendations that would be harmful to some of adult education’s most vulnerable students.  Additionally, some features of the general presentation of the report are likely to confuse the general public, and may have already caused a PR problem for adult schools.

The ugly recommendations in this report are those that would hurt vulnerable students, as follows:

1. Charges for all adult literacy classes

For ESL practitioners, the most troubling feature of the report is the recommendation that all adult literacy classes begin charging a fee of $25 or so per course.  Currently  all high school diploma and adult basic education classes, as well as non-credit ESL and Citizenship classes offered by community colleges, are mandated to be offered free.  Because people in the U.S. who lack basic literacy are at a significant economic disadvantage, a “modest” fee of $25 or even less might price those who need these classes most out of an education. For students with very low literacy skills, $25 might be groceries for the week.  The LAO report does not mention a waiver for this fee.

Historically, the state of California has shown a strong commitment to adult literacy by mandating that literacy programs, such as adult basic education, adult secondary education , English as a Second Language and Citizenship classes be offered free by adult schools and as non-credit community college classes.  AB 189, which passed in 2011 and sunsets in 2015, temporarily allowed districts to charge for adult school ESL and Citizenship classes.  Rather than beginning to charge for all literacy classes, the state of California should renew its commitment to adult literacy and mandate that adult school ESL and Citizenship classes be offered free once again when a dedicated funding stream is reinstated for adult education.

This recommendation is cruel, unnecessary and discriminatory.  It is  cruel because it recommends defunding the one adult school program that is literally a matter of life and death for some students.  The frail elders who rely on these programs for accessible stimulation and social contact may decline much more quickly without them.  This recommendation is unnecessary because it proposes defunding  a program that works well for its vulnerable students, apparently in the name of some bureaucratic need for consistency. The report talks vaguely about the mission of adult education being “too broad”, but the Older Adult program is the only one specifically targeted for elimination, apparently because the LAO doesn’t think the state should spend money on any program not directly related to the workforce.

The recommendation is discriminatory  because it targets a particular group  based on age, and the report uses the language of discrimination to justify its recommendation.  The report states: “Though many types of instruction can be of value to students, we believe the ten statutorily permitted instructional areas of adult education are not all of equal  value” (page 21-22).  Yet the report does not say why programs for Older Adults are not of equal value. One is left to infer that it is because the people these programs serve are not of equal value. These people will never contribute to the economic wealth of the state again, so they are worth less.

The LAO recommends discarding Older Adult programs without examining their value.  Older Adult programs are a low cost and effective way of serving seniors that keeps them healthy and active so they don’t need more expensive state services.  With support from Older Adult programs, many seniors volunteer, becoming positive assets to their communities.  There is some benefit, also, in giving older adults a direct stake in their local school system, since seniors vote in large numbers.  But the LAO report does not consider any of this.

The report recognizes that the state has put community colleges and adult schools into competition with each other, and recommends reforms to funding that will allow the two systems to collaborate. The report also recommends reforms that will help the two systems share data, such as adopting common course numbers and assessments.  It also recommends improved collection of outcome data for both adult schools and community colleges.

The report’s core recommendations about adult education, and about getting adult schools and community colleges to work together for the benefit of their students, are excellent. However, we should not let the report’s many good features excuse its bad ones.  Hopefully the legislature will enact the best features of this report, and recognizing that the bad ones are discriminatory and counter –productive, ignore them.

For a more in-depth treatment of this subject, see http://saveouradultschool.wordpress.com 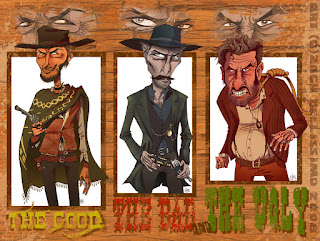