This Friday, January 9th, Governor Brown is expected to present his proposal for the 2015-16 budget.

The MOE - the Maintenance of Effort - Clause, which has been holding the K12 Adult School system up since flex broke it, ends June 30, 2015.

Removing the MOE is like taking a cast off a broken leg.  What's underneath?  Something healed and solid, able to support the K12 Adult Education system?  Or an underfunded, broken system that will not be able to hold up its part of the new Regional Consortia delivery system?

Brown's Budget proposal will be step one in finding out.

Step one because his proposal is just that - a proposal. 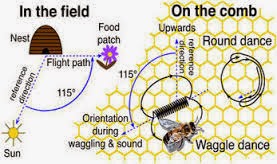 Only at the end of the dance, scheduled for June 30th, 2015, will we know the actual status of K12 Adult Schools and Adult Education.

To take part in the dance, to do our part, we need information:

*  information about the dance - how the budget process works

* information about the price of the dance - in both short and long terms.

Here is some information to help us do that: 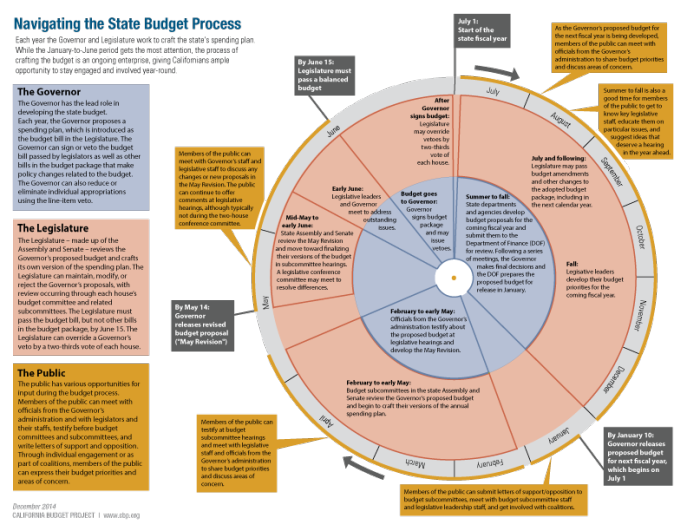 “After years of underfunding and even borrowing from our local schools, the state now has significantly increased its financial support for education,” Brown said.

Brown did not offer specifics on next year’s education funding proposal, but those details will be revealed Friday when the governor is expected to unveil his budget proposal for 2015-16.

“Educating the next generation is fundamental to our collective well-being,” Brown said in his 23-minute address.

“We’re holding our breath to see what happens in January,” Bettar said of the governor’s upcoming release of his proposed budget. “Adult educators are very anxious if it’s going to happen, and if it will happen the way we want it to happen.

“AB 86 is not the panacea for adult education. It was not meant to be the magic wand to fix it. It just opened the conversation. … My hope is the Legislature and governor understand that AB 86 alone is not the vehicle to serve adults in the state. It is a means of communication to address our needs and close gaps.”
California Budget Project - Infographic on Budget Process

Understanding the process by which policymakers craft California’s state spending plan each year is important for staying engaged in the debate.