All Out For Berkeley Adult School 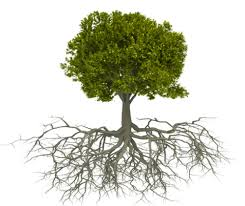 Destabilization makes an individual, a group, or an institution vulnerable to disease, infiltration, attack, and at worst, death or extinction.

Help or harm - in domino effect.

Hit the "read more" link to see how that plays out in Berkeley.


All K12 Adult Schools have been destabilized since Governor Schwartzenegger flexed their funding in 2009.

This has led to over 70 Adult Schools closing and all of them shrinking.  There is now a Charter Adult School in the Sacramento Area.  And private enterprises consider Adult Education a prime market to enter and expand.  "While adult education has long been a “hidden” market, its programs often “shoved off in a corner,” all that seems to be changing, says to Pearson SVP Jason Jordan. “Suddenly it’s becoming a much more interesting marketplace.'"

The uncertainty of funding for K12 Adult Schools may be one reason the Berkeley School District is considering moving the Berkeley Adult School out of its campus entirely or in part in order to find space for an increasing number of Elementary School students.

Do Elementary School students need and deserve space?  Of course, they do.

Does a community need and deserve an Adult School?  Absolutely.

Shrinking or dismantling an Adult School, as we can see through what has happened in Oakland and Los Angeles, does not help children, families, and communities thrive and achieve, academically or otherwise.

San Mateo Adult School Student Advocate Marina Kravtsova expressed that very well in her op-ed, "My Dilemma," in the San Mateo Daily Journal.  A similar but less serious situation exists in San Mateo where the D-Tech Charter School is seeking a new, temporary, or permanent home.  Marina is an Adult Learner, a mother, and the new CCAE Student Rep in the AB86 Workgroup.  She knows that "Parents’ education strongly affects children’s ability to adapt to their new country and succeed in their school life."

Immigrant parents know that in order for their kids succeed, they, themselves, the parents, need education and support.

And half of all kids in California public schools have a foreign-born parent!  But does the Berkeley School District know this?

Here's a blurb from the Berkeley Adult School Facebook page about what BAS is facing:


"Students - it's time to mobilize, advocate and save the integrity of Berkeley Adult School. Superintendent Dr. Donald Evans recommended to the School Board that a new elementary school be opened at the Adult School site and the dedicated Adult School site be eliminated. This was Option #7 among several options considered, which can be found on page 72 of the Agenda Packet (go to http://www.berkeleyschools.net/ and click on School Board to find documents). Option #7 calls for the Adult School program to be redistributed at sites throughout the District and the Adult School site being made ready for the elementary program for the 2016-17 school year. Message us here if you can come to meetings and help support our school."
Here is a powerpoint laying out the choices the Berkeley School District is considering to deal with increasing enrollment, including moving Berkeley Adult School off its campus.

"The Bread Project - Cooking Up A Future For People In Need" - Berkeleyside, Sept 2011

"Adult Education Dismantled" - East Bay Express, June 2011 This article is about Oakland Adult School, which was once the anchor Adult School for the East Bay, serving over 25,000 students.  The fact that Berkeley Adult School was able to hang on during all the cuts and closures makes its decentralizing and diminishing now, just as Governor Brown finally recognizes Adult Schools and begins to plan for their renaissance, all the more tragic and crazy.

"Berkeley Adult School Threatened by Governor's New Budget" - Berkeley Planet, Feb 2010.
This series by the Berkeley Planet explains a lot about we got here - in Berkeley and everywhere else Quotes from the article:
"Although the district has not announced any cuts to the adult program since slashing it by $1.5 million last year to cover part of an $8 million budget crunch, more reductions are anticipated.
Berkeley Unified School District Deputy Superintendent Javetta Cleveland told the board that Gov. Arnold Schwarzenegger had proposed a negative cost-of-living adjustment, a reduction of .38 percent, along with 18 percent less revenue for 2010-11."   "“Many BAS students are people who were not well served by the K–12 system in California,” said adult school teacher Peggy Datz. “They are folks who need and deserve a second chance ... We are the safety net for adults in our community who want to move ahead but who did not succeed in the public school system and are not yet ready for community college.” School Board Member Shirley Issel assured the crowd that the district would do its best to help the school. “To walk in the doors of the school is to see the Berkeley dream be enacted daily,” she said."

"Berkeley Unified School District Facing State Cuts in New Budget" - Berkeley Planet, Feb 2009
This article is a window into how we got to where we are now where Adult Education and K12 Adult Schools are today.  Feb 2009 is when the cuts were set out - K12 Adult Schools were cut off the top by 20%  plus their categorical (i.e. protected) funding was made available to shore up K-12 Districts  which were horribly cut at that time.   All K12 Districts, over the past 6 years, used Adult Ed money to keep going.  This is why about 70 Adult Schools closed and all shrank in size and scope.  But 312 K12 districts - out of about 400 -  kept their Adult Schools open.  Berkeley Unified School District was one of those districts.  In fact, they did a great job of keeping BAS open and functioning to optimal capacity - which is why BAS is such a great school today and why it is the anchor K12 Adult School for the Northern Alameda County Regional Consortium.  Oakland Adult School, also in the Northern Alameda County Regional Consortium, did survive as well.  It shrank from serving approximately 25,000 to the about 1,200 students it serves today.  Hopefully, with new funding on its way and a new focus on areas of highest needs, Oakland Adult School will rise again.  For Berkeley Adult School to go down now, to be decentralized and to shrink in scope and size, just as all Adult Schools are nearing the finish line of this terrible ordeal, would be an unnecessary tragedy.

"Adult Education Faces Severe Budget Cuts" - Berkeley Planet, April 2009.  This article explains how BUSD had to dip into Adult Ed money to survive the Big Recession and Public Ed Devastation going on at that time.  "In a unanimous vote last week, the Berkeley Board of Education allowed the district to dip into the adult education program’s reserves to help offset the nearly $750,000 shortage it faces this year.  The district will take $718,827 from the reserve funds."

"More Cuts on the Way for School District, Adult Education" - Berkeley Planet, June 2009.  Probably the best of these articles.  Really explains what BUSD was faced with and how it chose to repond.  From the article:

"The $3.7 million shortfall in 2009–10 will be alleviated by $2.2 million in stimulus funds; reductions in post-retirement benefit rate and worker’s compensation rates; a proposed reduction in health benefit costs created by raising deductibles; $400,000 from the Berkeley Adult School (through reduced services and higher fees), and a few smaller changes.
The adult education budget itself was cut by $1.3 million in the February state budget.
The state budget gave districts the option to eliminate adult education entirely in 2009–10 and four successive fiscal years to thwart the effect of state reductions to general fund revenues.
Instead of putting the entire program on the chopping block, Berkeley Unified reduced its adult education program, eliminating adult summer school programs, decreasing some English language learning, high school diploma and older adult classes and charging students and agencies more for senior programs.
The district will be able to transfer $400,000 from the adult education revenue to its general fund by making additional reductions, such as trimming classes offered for disabled students and seniors, charging fees for English language, vocational and high school diploma classes and raising fees for agencies that offer classes for its disabled adults.
“We did talk a lot about this with students, and some of them recommended a higher fee,” said Margaret Kirkpatrick, Berkeley Adult School’s outgoing principal. “We are looking at an amount achievable to students with lower incomes, something that would save the school and is in line with other adult schools. And, of course, any student can apply for a fee waiver or scholarship.”
Kirkpatrick said that although eliminating some programs had been “painful,” the school would continue to benefit students in many ways.
In an attempt to close the budget gap, the district will also hold back from paying the City of Berkeley $180,000 next year for sanitary sewage service, clean storm water, pool use and maintenance and the Berkeley High School Health Clinic
Huyett said that although Berkeley Unified was in a better position than other districts, the list of layoffs included bus drivers, clerks, vice principals, counselors and other employees."


In a nutshell, here's what happened in Oakland in June of 2010.