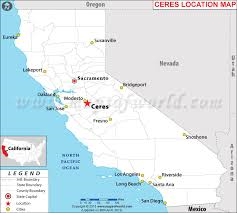 
Read more here: http://www.modbee.com/news/local/education/article32762943.html#storylink=cpy
Of all the cuts to education during the Great Recession, classes for grown-ups likely took the hardest hit. The patchwork of offerings given at neighborhood schools fell apart in most places, chopping off the bootstraps long used by low-income parents who wanted to get ahead.


This year, however, California has brought back adult ed, targeting modest funding to groups that consolidate the hodgepodge of agencies offering such classes. For this area, that consolidation has its hub in Ceres.

The drop came partly from reduced funding for all education, and partly from the state giving districts a choice in whether to keep spending those dollars on parent needs or prop up grade school budgets. Most chose the children.
Ceres Unified was one of the districts that stuck by the breadwinners, providing adult education classes through the recession. That steadfast focus on families paid off this year, when state funding returned for adult ed based on what was spent two years ago, said Roberto Serrato, district coordinator of educational options.

“I think that was like a thank you for maintaining adult ed, and not reducing it like so many did,” he said.


7 Estimated percent met of need for adult education in the Central Valley
Ceres got $260,585 for adult education this school year, based on its allocation for 2012-13, according to the California Department of Education. That is significantly more than what was sent to Modesto City Schools, over twice the size of Ceres Unified. Modesto slashed its adult education program during the recession and this year got $193,044 – what it spent in 2012-13.

The money pays for English classes and high school equivalency test preparation for students like Liana Marron, a U.S. citizen who grew up being home-schooled in Mexico. She came back to California at 14, but struggled with the language and basic skills. She dropped out after three months in 10th grade to help care for younger siblings and support the family.
“I like school,” Marron said. “I really do want to have my GED to do very well. I know it’s going to be really hard because I barely learned how to do an essay.”
Now 36, the single mother of four and grandmother of three dreams of going to cosmetology school. Last year she took Ceres’ free classes in speaking and writing English. This year she is continuing those courses and branching out into what she would have learned had she attended high school, also free.
“This is what I’ve wanted all my life. I’m going to school,” Marron said.
Marron lives just down the street from her classes at Walt L. Hanline Elementary School, the new campus adjacent to Central Valley High School on Central Avenue. The elementary school was built as Ceres enrollment continued to grow, in anticipation of development planned in the area.


Of adult classes at neighborhood schools, 41% are basic courses, 37% are English instruction and citizenship

With painted hopscotch grids in the yard and child-height sinks in the bathrooms, the elementary campus stands ready for a younger clientele as soon as they move in.

For now, however, grown-ups crisscross the school, heading to classes, training and administrative offices for a variety of school programs. Besides housing adult school classes, Hanline serves as the administrative and training center for a number of Ceres Unified programs.

The Stanislaus-Mother Lode consortium is one of 70 such groups statewide, and roughly includes the area within the Yosemite Community College District.

“Our region was one of the first groups to begin the work and have met about 20 times over the past two and a half years,” Serrato said. “Ceres Unified School District took the initiative and began the work by inviting several school districts and Modesto Junior College.”
Turlock Unified, the largest provider of adult education classes thanks to a federal grant, will host regional training on English-as-a-second-language classes. ModestoCity Schools and Ceres will put on regional training on diploma-track classes, Serrato said. Assembly Bill 86 brought the California Community Colleges system and the California Department of Education together, tasking them with providing more very basic classes at neighborhood schools, as well as a path from those starter classes to college job skills courses and degree programs.
The plan lumps together services for new immigrants, including English acquisition, basic education and citizenship courses, as well as high school coursework and job skills training for dropouts and help for adults with disabilities.

The many different needs of low-income adults and the many different systems providing the classes created an ineffective and disjointed system with little incentive to improve, indicates a a joint agency report written for the Legislature.

“The many years of operating separately has produced different cultures and practices, and different administrative and legal requirements,” notes the 2015 Adult Education Regional Planning report by the CDE and California Community Colleges Chancellor’s Office.

The report identifies a need for innovation in adult education, and accountability in monitoring student progress, two areas not generally associated with adult school.

The report hails ideas like creating clear career pathways, so students know which classes they need to take or certificates they need to complete to get jobs, and lining up what is taught in basic courses to move smoothly into the next course taught at a junior college.  “We’re trying hard to break these barriers down,” Serrato said. “Now it’s not just everybody doing their own thing that we were doing before. We want everyone to be on the same page.”