George Porter, a fourteen year veteran teacher of Older Adults classes at Berkeley Adult School, two term chair of the City of Berkeley's Aging Commission, and member of CCAE (California Council of Adult Education) and CFT (California Federation of Teachers), wrote this perspective piece in response to the news about Acalanes Adult School's survival and their Older Adult program.  (You can read the news report here.)
A PERSPECTIVE ON ACALANES ADULT SCHOOL'S "OLDER ADULT PROGRAM":
Congrats to Acalanes Older Adult Ed. for surviving, but at what cost and should they be viewed as a model?

First off, please bear in mind that Acalanes Adult Ed. is immediately adjacent to Rossmoor, a close to 10,000 strong, gated, 55+, "active senior" community. This is a highly regarded, award winning development that in years past provided an affordable option for middle-class retirees to relocate. That, though (to my understanding), has been changing rapidly. The City of Walnut Creek - where Rossmoor is located - has gentrified considerably since the development was first built and more recently well heeled baby-boomers looking for a "pied a terre" through the wanderings of early retirement have opted to settle in Rossmoor. This is raising prices to the point where the middle-class is now hard pressed to buy in. Add to this the fact that successful, upper-middle class children are looking for a "safe and comfortable place" to move their aging parents into and that the development fits that bill, it's clear the demographic of such places around California will steadily shift up the economic ladder.
That's not to say that everyone who attends Acalanes Adult Ed. is from Rossmoor but it makes little difference in this case. Close to 27% of Walnut Creek's population is over 65 and, though not all are well off by a long shot, many are and can afford to take classes with fees at the "self-supporting" level. Though estimates vary, it's reasonable to assume the municipalities average home price is pushing $800k and the median household income around $120k - quite high for a community with over 1/4 of the population 65+ and the majority of that group presumably aged out of the workforce. Walnut Creek is also very "white" with only roughly 10% of the population identifying themselves as Hispanic of African-American.
Put simply, if a self-supporting Older Adult program can make it anywhere in California, Acalanes Adult School is the place and I wish them well, just NOT as a model and even in that community I worry about those elders who have and will continue to fall through the cracks. Ms. Sownowski states in the Contra Costa Times article:
"(when) We began the very difficult task of transitioning our lifelong education classes from being state-supported to fee-based... we had a lot of resistance from students because they were used to paying very low fees. We lost students and teachers, but we're happy that now we have a sustainable program."
Her implication is that Acalanes Adult School lost students because they had the nasty expectation of paying low fees and couldn't break this. Doesn't it cross her mind that some might actually have decided they couldn't afford the higher cost? Does she have no understanding about what it means to be elderly and living on a fixed income? Does she have no idea how many seniors, though they put on a good show otherwise, are really only a major expenses or two away from having the modest, comfortable life they are trying to sustain crumble sending them spiraling downward? No idea that they aren't being cheap and stubborn, but cautious and frugal? Apparently not.
As far as the teaching staff goes, I'm sure it wasn't just those who couldn't "make the cut" into the brave new self-supporting world that were lost, but those who saw that their teaching credentials and experience were in danger of becoming meaningless, that their position in the educational system was being "de-professionalized" and that their status as public school teacher would be reduced to that of an independent contractor taking his or her cut of what the market would bear. Older Adult programs lost some of their best teachers, teachers who understandably just couldn't economically or emotionally stay the course - if the Adult Education system as a whole has suffered through a terrible cold these last few years, the Older Adult programs have had pneumonia and this was not relieved but instead exacerbated by those further up the Administrative food-chain constantly sneaking into their sick room with the suffocating pillow in hand. A disheartening time for those involved which had the secondary effect of scaring off the younger instructors needed to take their place in the field.
Again, despite all this, I wish Acalanes Adult Ed. well, but as a model...? If you want to ensure that the relatively healthy (the "active-senior") and wealthy remain that way as they age, it's very fine indeed and few of the wiser, better educated middle class and lower will benefit as well. But for the aging middle class in general that is struggling to get by now, whose numbers and tenuousness of position will increase dramatically over the years ahead and for those less well off it provides nothing. We need to do better if only for the fact that medical costs will rise proportionately to this neglect.
Again, we must do better. The question is how. Subsidization? A sliding scale? Free classes but located at sites or in communities where those not so well off tend the congregate? The list goes on, but problem is too many in the Legislature as well as the Governor simply don't want to engage the issue, have put on blinders and are walking in lock-step towards the self-supporting model. Others in the Legislature aren't even aware there is an issue. Some have been duped into believing that these classes continue to be funded as they always have - there are many statements and articles in the press that fail to mention that this support now needs to come through the school districts' general fund. An unlikely event, especially in the poorer communities where the need is often the greatest! 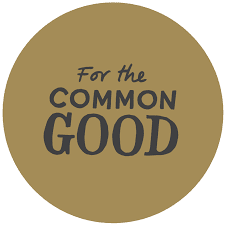 What to do? First off, make darned sure your representatives in the Legislature are aware of the issue and the FACTS surrounding it. From there, I'd like to know if any of you have ideas about how to solve the problem of making sure the needed educational resources provided by Older Adults programs is fairly distributed and don't eat up a disproportionate amount of the budget. Anybody got a plan?
Let's work together for the common good,
George Porter, 14 year faculty, Berkeley Adult School
- Member of:
COSAS (Communities Organized to Support Adult School)
CCAE (California Council of Adult Education)
Berkeley Federation of Teachers (affiliated with CFT, California Federation of Teachers)
- 2-term chair, City of Berkeley's Commission on Aging
Posted by Tree C at 9:32 AM