Just the Facts, Ma'am: The LAO Report on the Revise

The LAO - the Legislative Analyst Office - is this really cool fact gathering and analyzing group that is non-partisan.  That means their job is to find out the facts about something and not care if it makes Democrats or Republicans or Independents or you or me happy.

They are the Joe Friday of California. 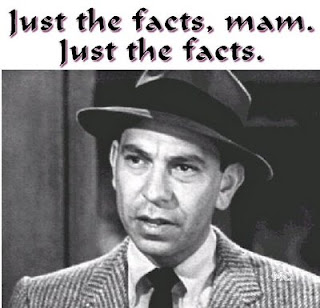 And here is their report on the Gov. Brown's May Revise.

Hit the "read more" link to see it.


My comments are in italics.

(That means in his first budget proposal, Gov. Brown made a proposal - 300 million dollars for Adult Ed.  Now he's taking it back.  We need him to put that money back on the table - because without it, on-the-edge Adult Schools like Riverside and Oakland can't make it till the promised Designated Funding arrives two years from now.)

Provides $30 Million in Planning Grants for Adult Education Partnership Program

Funding would be provided to the CCC Chancellor’s Ofﬁce.

The CCC Chancellor’s Ofﬁce and California Department of Education (CDE) would jointly award grants to CCC districts and school districts (through their adult schools) to form regional consortia.

Other providers (such as county libraries and community- based organizations) could be a part of a regional consortium.

Members of each consortium would have two years to use the planning monies to document existing services, identify unmet need, and develop integrated program plans.

Each consortium would submit an application for funding to CDE and the CCC Chancellor’s
Ofﬁce, which would jointly review the plans.

Two-thirds of the $500 million would be reserved for community colleges and school districts that maintain their current level of state spending on adult education in 2013-14 and subsequent years.

(To get the money, Adult Schools have to be open and have the same budget they have now.  On-the-edge Adult Schools like Oakland and Riverside might not make it.)

All consortia would be funded at the same per-student rate— the CCC enhanced noncredit rate.

(No money for Parent Ed or Older Adults or Family Literacy.)

Community college districts would serve as each consortium’s ﬁscal agent.

(That means the CC districts would be the "banker" for the money.  The consortia have to apply to CDE - California Dept of Ed - and the CCC - Community College Chancellor's Office - for money.  But the CCs get to be in charge of the money.  Both K12 Adult Schools and CCs would offer Adult Ed.  But CCs would get to be the banker.  As anyone who has ever played with Monopoly with their sister or brother knows, that could be a problem.)

The May Revision, however, allows school districts to use shifted apprenticeship funds for their own existing programs.

The May Revision also removes the current CCC apprenticeship program from categorical ﬂ exibility (that is, reestablishes it as a restricted categorical program).

Creates a strong incentive for CCC, adult schools, and other local providers to coordinate services and better meet the needs of adult learners.

Creates an incentive for existing providers to maintain their current level of spending on adult education.

May Revision Also Leaves Some Important Issues Unaddressed

(It ignores some needs and problems.  We all know how well that works.  Not.)

Does not provide details on

(1) how planning-grant funds would be divided among consortia and
(2) the methodology for determining the amount of Partnership Program funds each region would be eligible to receive.

Does not address other issues such as inconsistent fee policies and gaps in data systems at CCC and adult schools. 

Clarify how grant funds would be allocated among consortia.

Award a small portion of grant funds for CCC Academic Senate and adult-school faculty to develop a common course numbering system.

Use Next Two Years to Tackle Implementation Details 

Determine methodology for allocating future funds to consortia based on a combination of program need and performance.

Provide clear and consistent delineation for CCC between adult education and collegiate instruction.

Resolve conﬂicting state-level policies such as student assessment and fee policies at adult schools and CCC.

Beginning in 2015-16, fold apprenticeship funds into Adult Education Partnership Program.
Posted by Tree C at 12:04 AM