Now, Before the Knife

This Thursday, April 11, Gov. Brown's plan to shift Adult Ed out of the K-12 programs and solely into the Community College system, will go before the following Senate subcommittee:

We can and should keep Adult Education as it has been for many, many years:  primarily in K12 districts with a few programs within Community Colleges.  We can and should keep serving immigrants, parents, job seekers, and seniors.  There is no need to make massive changes in how Adult Ed is delivered or what it delivers.  It does a bang-up job of supporting California.

The problem is the money.

Adult Ed was doing a great job until five years ago when the financial crisis hit.

The financial crisis was not caused by schools or students.

You can throw in the fact that things have been changing for how we pay for schools ever since the people of California voted for Prop 13 way back in 1978 during Gov. Brown's first term as Governor.

Gov. Brown was against Prop 13.  And he used much of the 5 billion surplus his fiscal restraint had helped to create to offset the initial losses that Prop 13 created for schools.  But then that surplus ran out.  And from then to now things have changed in a very, very big way for California schools.  That's a big and very important discussion.  We're not going to get into here.  But it is good to stop for one minute and think, yes, maybe we the people of California have some part in this.  Maybe this is why Gov. Brown insisted that Californians pay some part of the increase in taxes for schools.

Before Prop 30 was on the ballot, some people wanted the Millionaire's Tax.  But Gov. Brown didn't like that.  He wanted taxes not only for the very, very wealthy but also a little bit from everyone.  Maybe he remembered Prop 13.  I don't know.  Well, actually, I am sure he remembered.  Prop 13 was a game changer and it happened on his watch.  Of course, he remembers.  I don't know what he thinks or feels about it.  But of course he remembers.

So we had Prop 30.  Money for schools.  A little bit from everyone and a bigger bit from people with a whole lot of money.

Now there is more money.  Now the pie is bigger.  Now we can begin to rebuild.

And now is the moment, before we slice into that pie, to remember who made it and who's paying for it and how many slices we're cutting for the biggest question of all:  who gets to eat.

Yes, the pie smells good!  It looks yummy!  Our mouths are watering!

But it was a lot of work to make the pie.  Grinding the wheat, picking the berries, gently laying the dough into the pan, and holding back as it baked to delicious fullness, ready to slice and enjoy. 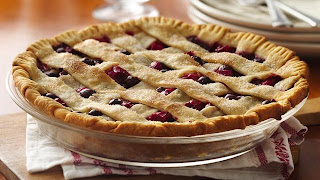 Let's think what we're doing before we reach for the knife.

During the terrible money crisis, the State made the money for Adult Ed flexible.  If K-12 schools needed to - and of course they needed to in such hard times - they could use some Adult Ed money to keep their own K-12 schools going.

And sadly, they had to.

But now things can be different.

First, there is more money.  The pie is bigger.

Sometimes you take things for granted.

Our parents, our partners, our children, our best friends, the earth under our feet.

It's there, right?  Doing its job.

Sure, until cancer or heartbreak or hard times or Katrina hits.  Hurricane Sandy.

We need a name for what happened to Adult Ed.

How about Hurricane Lehman?

And just as after disasters like Loma Prieta or Northridge, we need to decide what to rebuild.

The nearly 3000 people who have signed the Rebuild Adult Education petition think Adult Ed should be.

Classes for our seniors, a growing group as the Boomers cross over - perhaps the difference between manageable health care bills and bills we simply cannot pay.

We've seen that over and over in article after article, story after story, stat after stat.

It must be rebuilt.

It must be renewed.

Now, as the money for renewal becomes available, money that we fought to obtain and which we, ourselves, are providing as taxpayers, we need to speak up and tell Gov. Brown and the Legislature:

2.  Keep the K12 Adult Schools.  They were and are doing a terrific job.  Re-open the closed ones.

Now, before, before we reach for the knife, we need to speak. 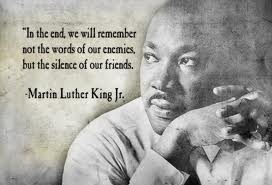